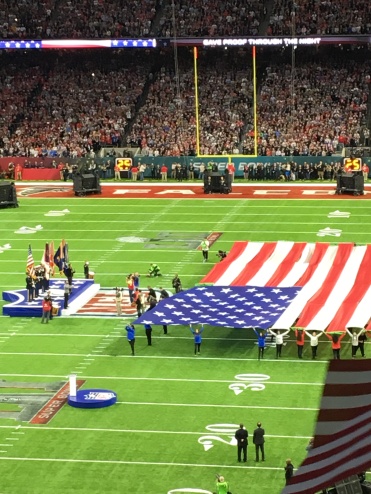 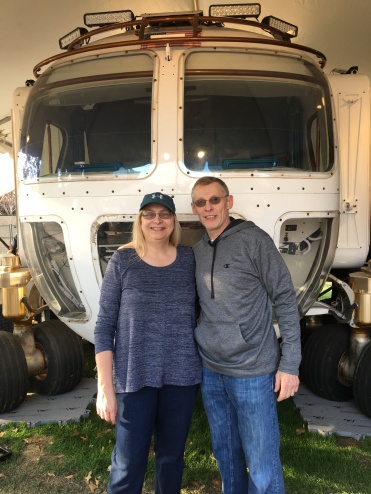 We left from Newark Airport Thursday, February 2nd and arrived in George Bush International Airport in Houston around noon. We took an uber to the Hampton Inn and was pleasantly surprised by how the hotel decorated in honor of super bowl, even the room keys had footballs on them.

After we unpacked, we took an uber to downtown Houston to Discovery Green.

They had so many free events and activities there. Some of the things were sponsored by NASA, they had a virtual reality ride that took you to either the moon or mars, life size capsules, mars rover, and more. There were concerts on a small stage throughout the day and bigger names on the large stage (ZZ Tops) in the evenings. We were so exhausted that we did not get to see that later concerts. They even had the puppy bowl with the cutest puppies romping around the field.

Friday we went back to Discovery Green, but this time we paid to go to the NFL Experience which was inside the convention center. That was amazing!

We took pictures with the Vince Lombardi Trophy. We got to run a route and catch a football. We threw a football at targets, tried to kick a football through regulation uprights. We saw sportscasters, radio stations set up, interviews with some football players. Overall, this was an awesome day.

Saturday, we decided to stay away from Discovery Green because of the crowds. We heard that they had to shut it down when they reached capacity levels. So we headed to an outdoor mall that was recommended to us (I think by one of the uber drivers). It was worth the 30 minute uber ride to get there. They had Coke set up and were giving away free samples of the different varieties of Coke, they had a mechanical bull (I fell off before it spun around once, Tom made it for a few more turns), and they had a cook-off between a celebrity and a football player. Afterwards they allowed people to get their pictures taken with the football player. There was also a concert by Lady Antebellum!!!! What a surprise that was.

Sunday, the big day! We talked with a few police officers that were in the hotel lobby and they recommended we take the Metro to the stadium. We left early so that if we miscalculated the time for our travels we would not have any problems. It went off pretty smoothly and only cost $6 for the two of us as opposed to a $30 uber ride (surge pricing). We arrived at the stadium at 11 am, which we found out was when the parking lots opened, not the gates, those opened at 1:00 pm, so we hung out with the other people that arrived early. We met some very nice people there.

Once we got in, yes there was security screening, there was the NFL Fan events set up in the parking lot. There were the Houston cheerleaders, marching bands, roving characters on stilts twirling ribbons, a Budweiser house, tattoos, and so much more. When we were ready, we headed to our seats in the stadium, the seats were great, 13th row on the second level.

There was so much more going on than just the game. It was amazing watching them bring apparatus on to the field for all the different parts, starting from the chutes the players ran on to the field, to the Hall of Famers digital displays to the half time show. Lady Gaga!!!! That had to be the best NFL halftime show ever. It was amazing, I cannot even come up with the words to explain how amazing it actually was in real life as opposed to television. Worth the price of admission!

25 point deficit, overtime, 5th Super Bowl win by the Patriots. This was the perfect Super Bowl to attend.

I can¹t thank Linda and the Rotary Club of Indian Rocks Beach, FL that made this happen for us. It was truly a once in a lifetime experience.